Through the sheen of his art, a kind of repressed anguish is barely perceptible. It is not obvious, neither easy, nor superficial. It originated from the almost physical presence of the floating nature of the volcano that saw it born. And in this regard, Calogero told me: "I didn't have a very happy childhood, but I don't regret having suffered ... 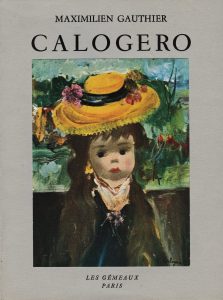 A painting that in his eyes is a fabulous object, full of poetry, Paris, as Calogero saw it, has nothing in common with the city that Camille Pissarro, Pierre Bonnard, Edouard Vuillard, Albert Marquet or Maurice Utrillo painted.

There is little reason to suspect that our Sicilian artist tried to make light the color of the Paris atmosphere. The gray skies of the Ile de France, the skies that Corot loved have not fascinated Calogero, whose style is nevertheless a quick and sensitive review of sensations so concise, so exact, as if written in shorthand. His surfaces are broken by lines of color, all his sketches are irregular. [...] 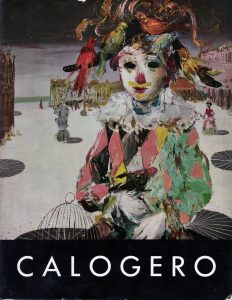 In western Sicily, and especially in the province of Agrigento, Calogero is a name: there are seven black-faced and white-bearded San Calogero Denerati in as many countries; seven hermit brothers, according to legend. In eastern Sicily Calogero is instead a surname. The painter Calogero, from eastern Sicily, has eliminated the possible misunderstanding by translating his first name into French. Jean Calogero: unequivocally, Calogero is a surname. But by translating Giovanni into Jean, the painter wanted, rather than eliminate a misunderstanding, to allude to a second baptism of his: the baptism of painting, which he received in Paris after the first postwar period. 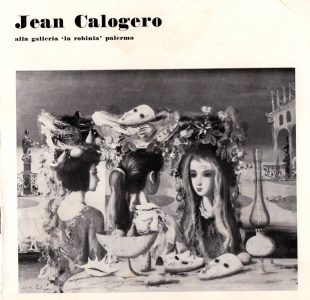 In 1919 Marcel Duchamp drew a mustache on the Mona Lisa's face (L.H.Q.0.O.). The gesture, or rather something that, if placed beyond the gesture, should be more nobly defined as an act, reacted to the then current expression "bète comme un peintre", to be stupid like a painter. Duchamp no longer meant to be as stupid as a painter. On the contrary, from that moment, or almost, he intended to put "painting at the service of the mind again". How to say escape from the physicality of painting. On this road, which is a kind of painless childbirth towards a supposed stylistic maturity (once all styles have been digested), many ventured and ventured; re-establish the concept of the intelligence of painting in a world where other artists (poets or musicians) are lazy and sad, very bad among themselves for painters a kind of bet to regain the right to stay in society the more society does not care of both. Of these "heroes" are now crowded, crammed the shelves; all generally solicited by the readyade; in fact the readyade facilitates the decomposition of the temporal and of the "space-invention", it helps to blow up the schemes, an indispensable operation to redeem any pictorial intelligence from frustration. From this also arises, with regard to the Sicilian painter Jean Calogero, the appearance of a particular iconic experience of his not suspicious, however not as exposed to tendentious interpretations. 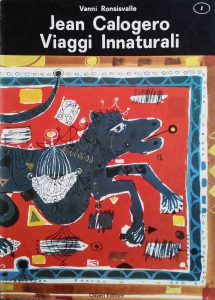 Jean Calogero's painting is based on the inventive play of the imagination. A fervent game of landscape and chromatic ideas, almost an inexhaustible repertoire of images all rich in color and narrative. Yes, because Calogero's paintings are narratives of facts, which could happen if we were more willing to open the doors to the magic of the dream combination. 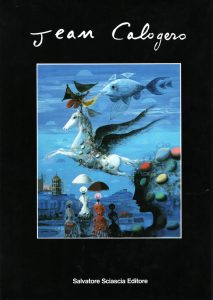 "When I paint, I put myself in front of the canvas and it is as if I closed myself in a crystal bubble. A journey through the imagination begins and I don't know where it will take me ..."

The secret of his painting is contained in this expression of Jean Calogero. Any critical acrobatics that tried to explain the artist outside of this trace, of this thought, would make the mistake of betraying his poetic message.

The magical world of Jean Calogero, made up of concretely lived spaces and enchanted places that belong to the dream, is a "parallel reality to what we grasp with our eyes". 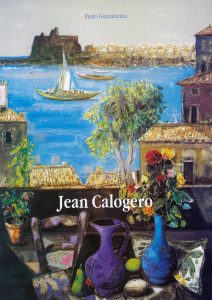 1947. War over. It begins again. After the destruction it is rebuilt, everywhere in Europe. America casts a few small bones. Sicily experienced, for the first time, the liberating euphoria. The plain of Catania has planned the accounts. For everyone: faithful and infidels, belligerents, reluctant and repentant. The Sicilian independence movement, in the first regional elections on April 20, accuses the first disagreements, after five years of relentless commitment. One of his hymns, words and music from a great uncle of mine. but above all my "friend", Michele Luigi Nicosia, sang: "Sicilia cha nati '" from lu mari' nurse nu stari chiù di li currenti ... He, the author, continued to sing even when the first allied bombs destroyed his home in Catania. Which made him very happy to exclaim: "Biniditta bumma!" 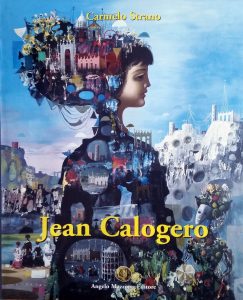