Born in Catania on 20 August 1922 , the second son of four children of a humble family, he loses his father at a very young age and is therefore forced to alternate study and work since he was a child. Obsessively attracted to drawing, he returned home in the evening and felt the need to impress his emotions on everything that happened to him: on wood, cardboard and on pieces of cloth stolen from his mother. Among his favorite subjects there was the little sister that he dressed up and portrayed. He loved to say; "Those moments were my life and my life was waiting for those moments."
The more the years passed, the more his passion for drawing and painting grew.

1937/1946 - He enrolled at the Art School of Catania, where the painter Roberto Rimini (1988/1971) was headmaster, who immediately recognized his enormous potential and allowed him to attend his studio. Rimini's technique, far from the "truth" of hyperrealism and closer to expressionism, will play an important role in Calogero's artistic choices. He alternates his study with the profession of decorator, learning to paint in extreme conditions. During his military service, he was entrusted with the task of draftsman for the army; it will be during this period that he becomes fully aware that he will devote the rest of his life to art. At the end of the war hostilities, he realizes that his Catania cannot help him achieve his goals, and he moves to Rome. Meet the master Renato Guttuso, who in those years together with some painter friends founded the "Fronte Nuovo Delle Arti" movement, which had as its objective the recovery of various international artistic experiences, which due to the war were little known in Italy.

1947/1950 - The knowledge of these new realities and the full confidence of his abilities pushed him to direct confrontation and with courage he moved to Paris. He lives on the top floor of a poor pension in Montmartre, keeping the accommodation by portraying the faces of his landlord's children. He manages to get what he needs to paint from a fine arts shop in exchange for some work. He works a lot, closely observes the great artists of the period and frequents them in the bistros of Montmartre. Among these Gino Severini, Filippo De Pisis and Maurice Utrillo glimpse his talent and encourage him to insist in moments of despair. After two years of suffering, he meets an influential art dealer, who undertakes to buy all his production, successfully proposing it to private individuals and many Parisian galleries. With the first earnings he decides to perfect his technique by attending the Accadèmie des Beaux Arts with commitment.

1951/1956 - His first solo show in Paris at the Harvè gallery (at that time very attentive to young talents) where he obtained considerable success with critics and audiences. They also became aware of his talent in America and on the occasion of one of his personal shows in New York he met Bing Crosby, a great actor and art lover, who organized an exhibition for him with the most prestigious gallery in Los Angeles. Become one of the most coveted artists of Hollywood actors and overseas collectors. He works in Paris with the Galerie Madsen which allows him the opportunity to experiment with new themes and painting techniques that will interest much not only the public, but also the most attentive critics of the period: Maximilien Gauthier, Waldemar George and Francois Christian Toussaint review him in the catalog for the his personal exhibitions. Now a successful artist, he buys the atelier that once belonged to Picasso and Degas in Pigalle in Paris, where he will work with great intensity to satisfy the requests of art dealers who will take his works around the world.

1961/1970 - Bound by an exclusive contract with a large network of American galleries, he decides to live more permanently in Sicily, from which he draws heavily on lights and colors. In 1965 his first solo exhibition in Japan in Tokyo.

1971/1984 - While on tour in the United States, he is recalled to Italy due to the deterioration of his mother's health, who expires a few days after his return. From the serious loss, he suffered severe trauma and abruptly broke off relations with his merchants, refusing long stays abroad. Urged by his friend, writer and essayist Leonardo Sciascia, he intensified his exhibition activity in Italy and the critics who had only reported the echo of the successes of his exhibitions in the world, entered the heart of the artistic debate, which concerns him, knowing how to grasp the international value and strong personality. Thus began a new pictorial period for Calogero. He maintains his studio in Paris where he often goes, both for long business stays and to take care of public relations with his admirers.

1985/1990 - He returns to exhibit in America and Japan to present the new works of the eighties, where his palette lights up, giving his knights, ladies, clowns, places and architecture the dazzling light of an eternal spring.

15 NOVEMBER 2001 - He dies in Acicastello in Sicily, and since his death, in order to protect artistic production and intellectual memory, his sons Patrizia and Massimiliano together with Luigi Nicolosi, have formed the Association Cultural "JEAN CALOGERO ARCHIVE". The archive is intended for the training, updating, study and dissemination of the cultural aspects of Calogero's work. The organization of personal exhibitions and the promotion of meetings and conferences. Archiving and certification of authenticity of the Works. Numerous anthological and retrospective exhibitions have been organized since his passing. Several works have been donated to administrations and public spaces, we recall; the Diocesan Museum of Catania, the Municipality of Catania and the Municipality of Acicastello, which has permanently dedicated a room of the Norman Castle to the title of a street and a villa. The headquarters of the Jean Calogero archive (located in Acicastello in via F. Crispi 50, where the Artist had his studio and residence) can be visited by the public, and the visitors who attend it and those who participate in its exhibitions, continue to experience the poetics magic of his paintings. 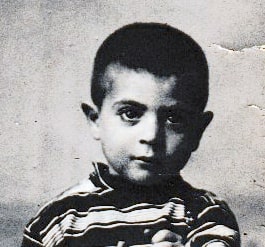 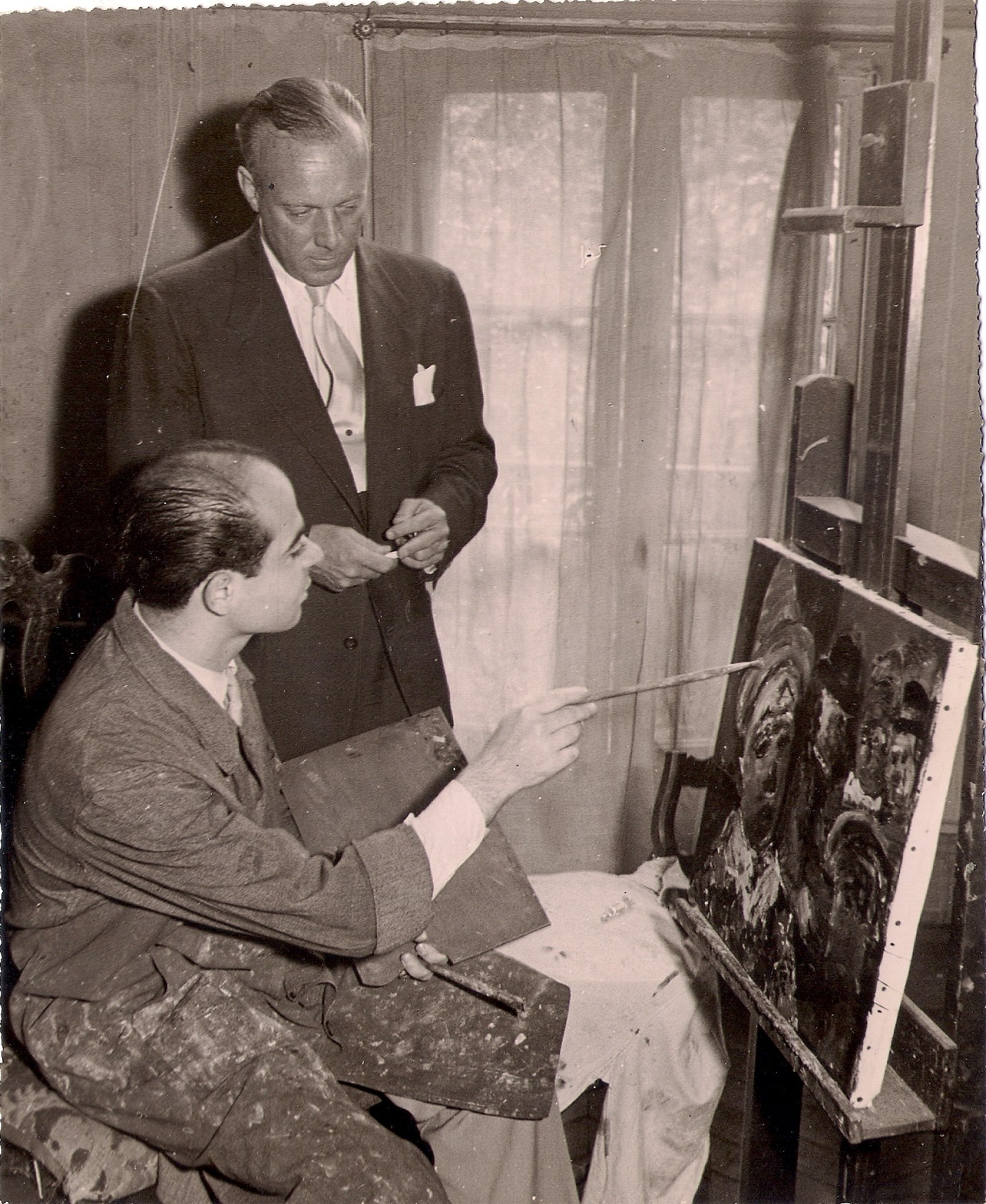 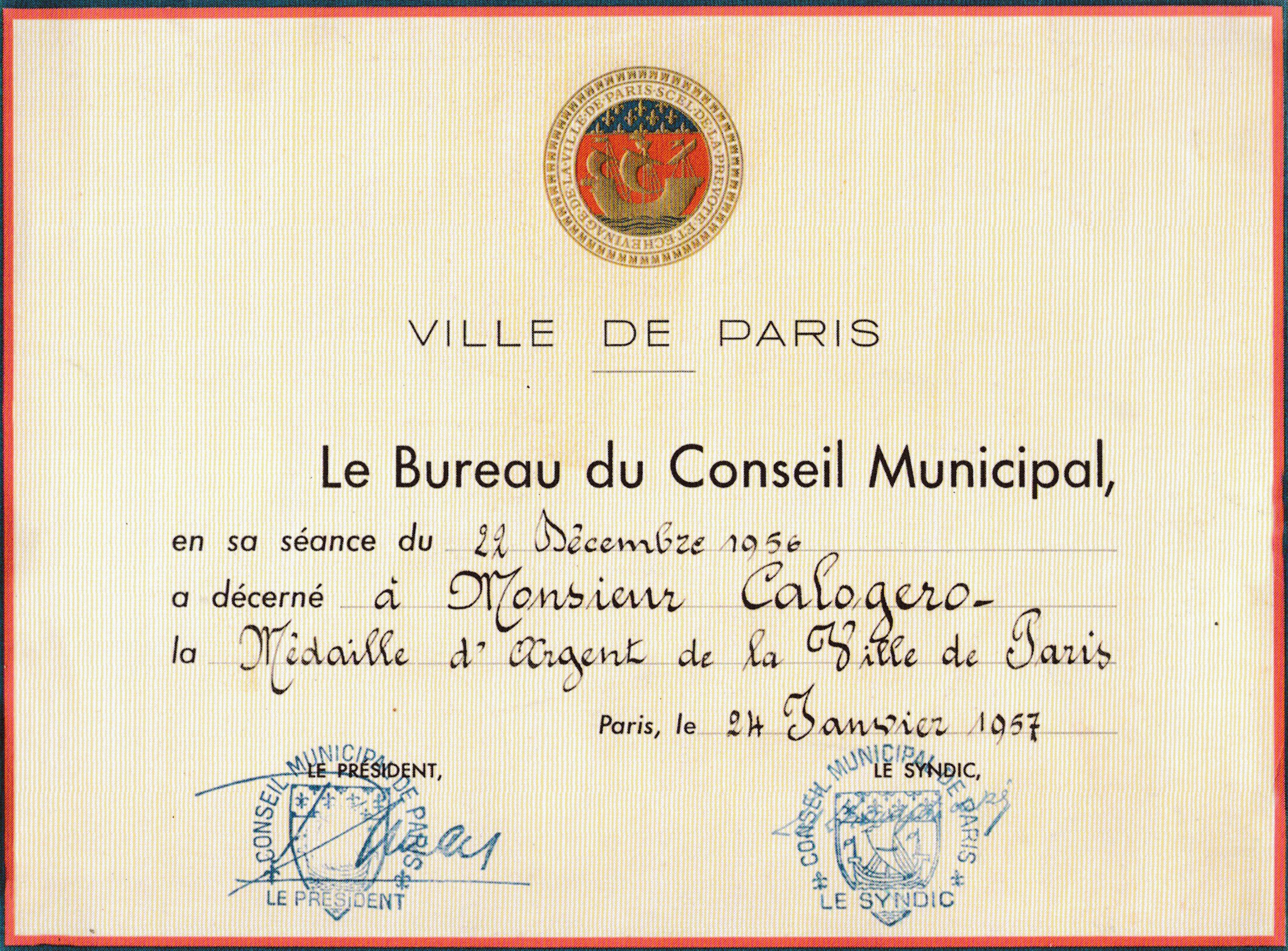 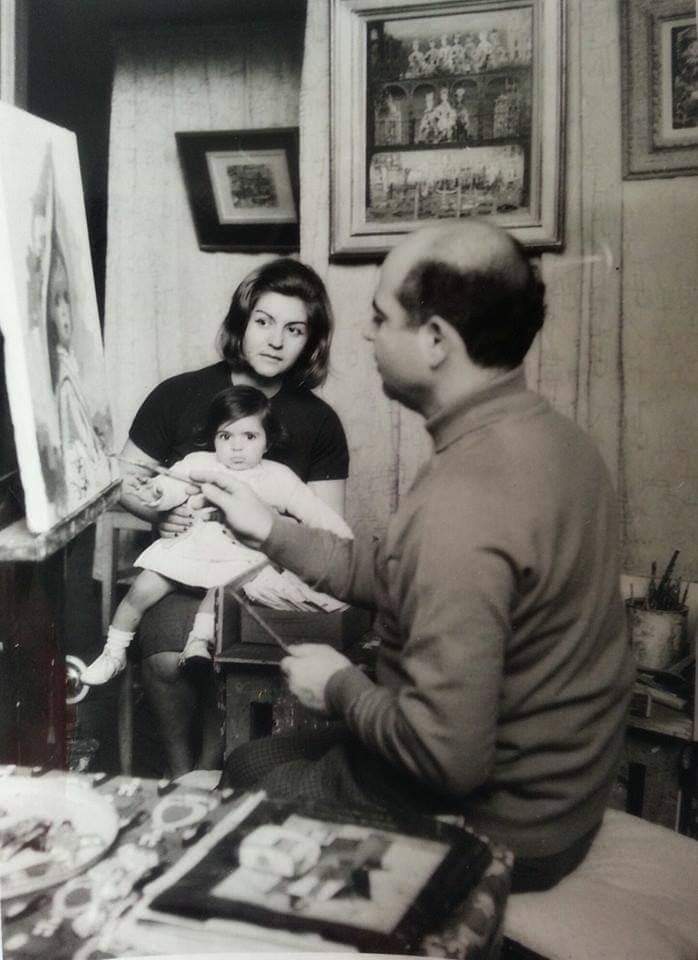 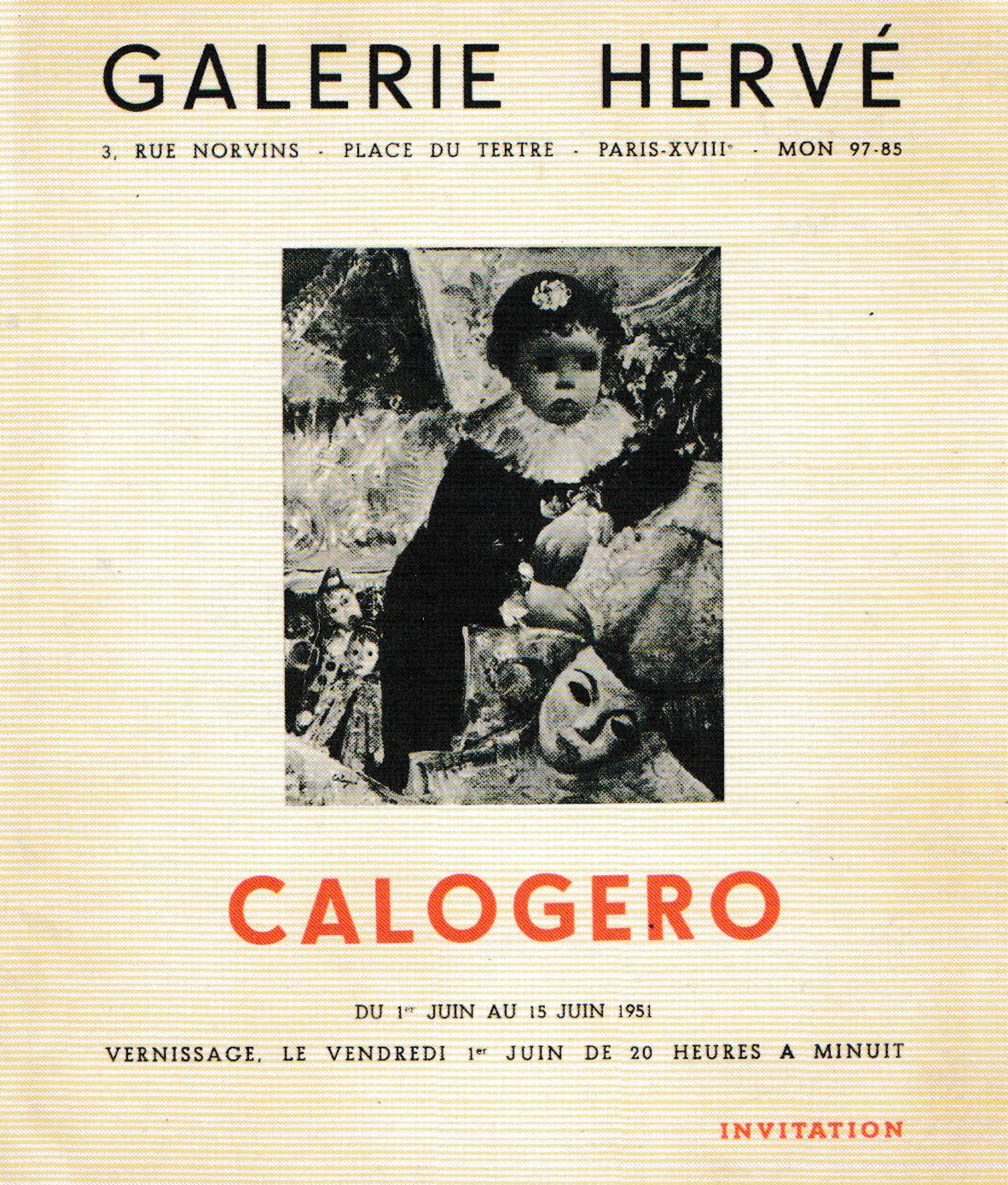 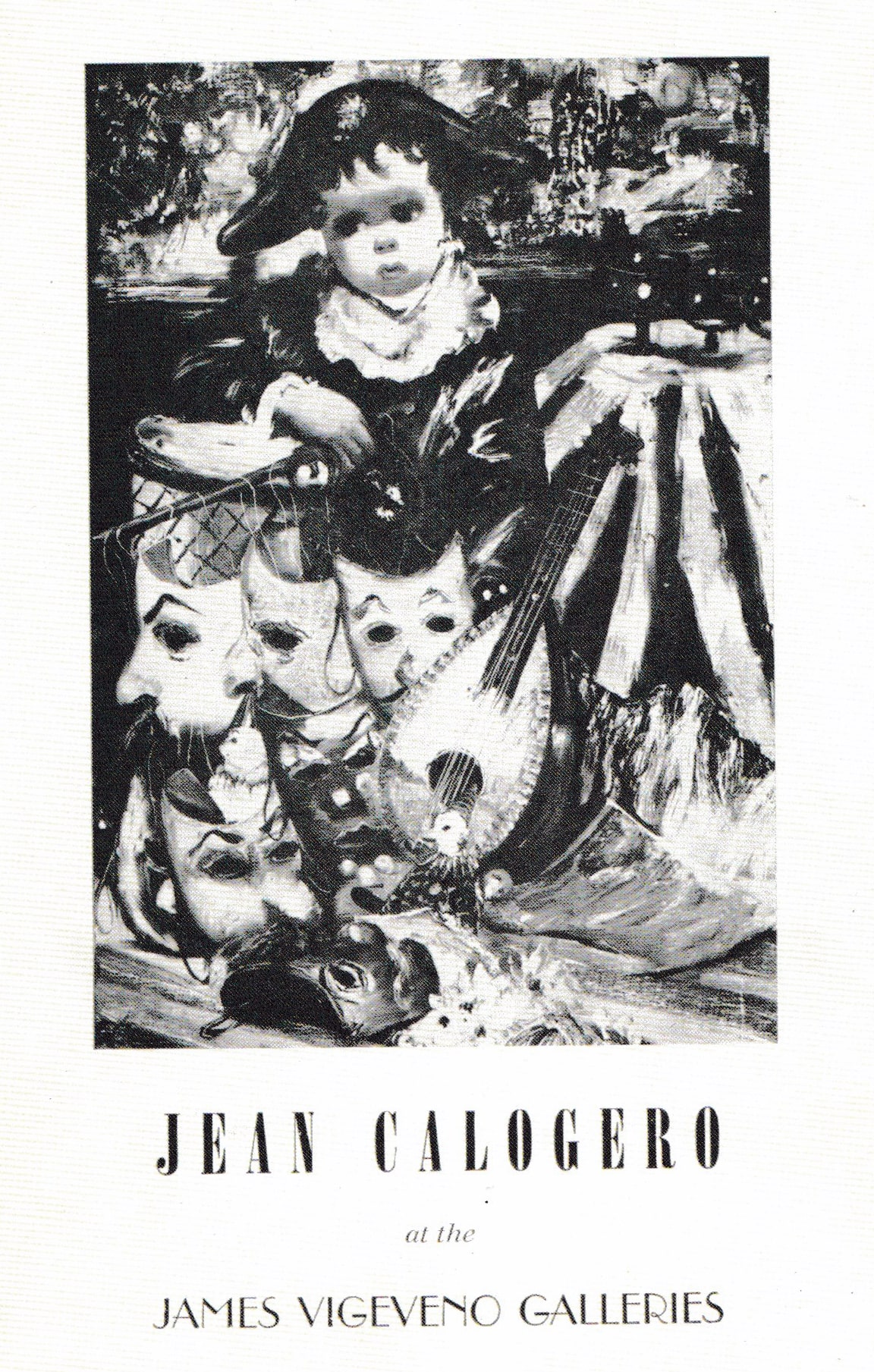 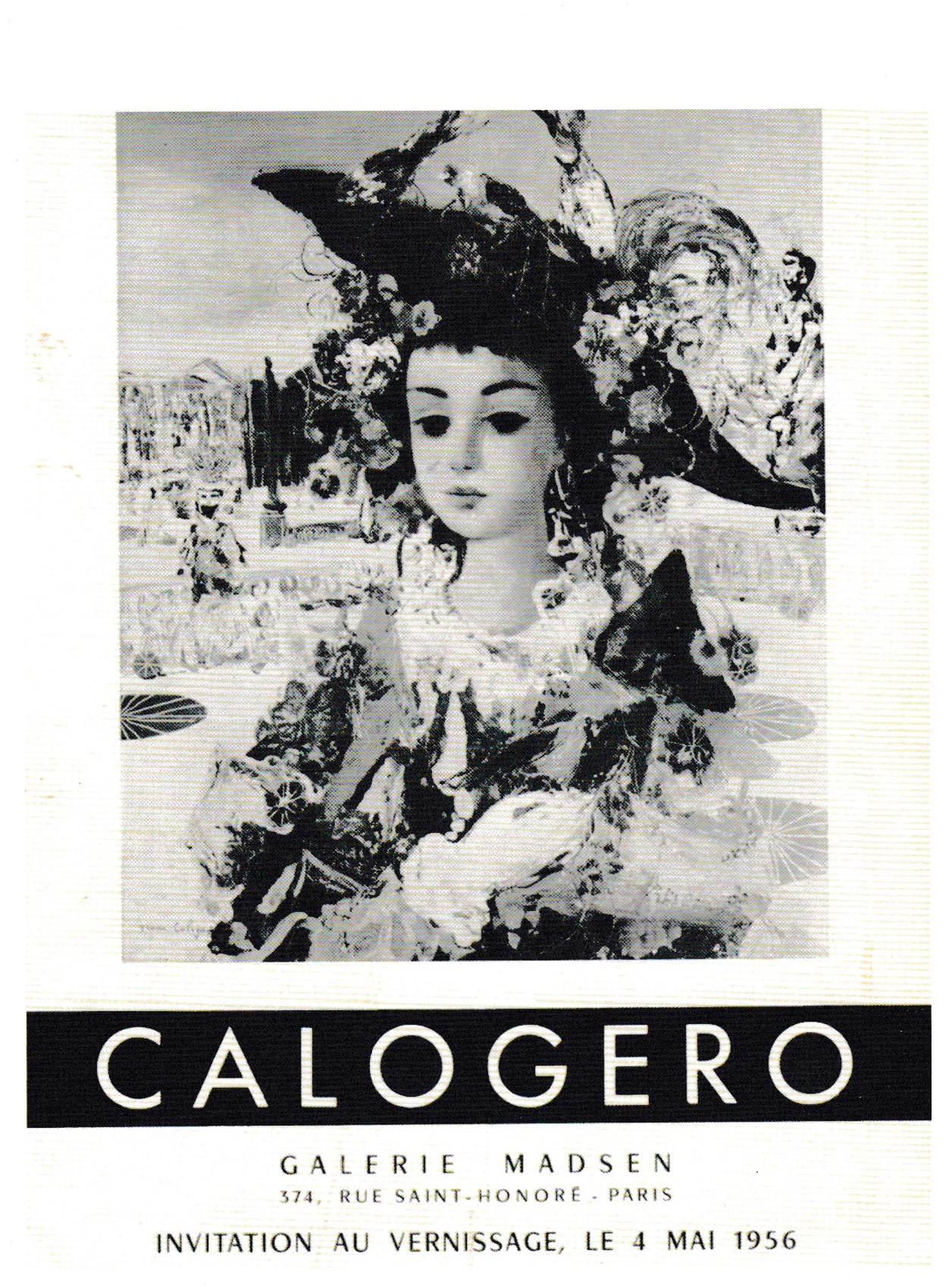 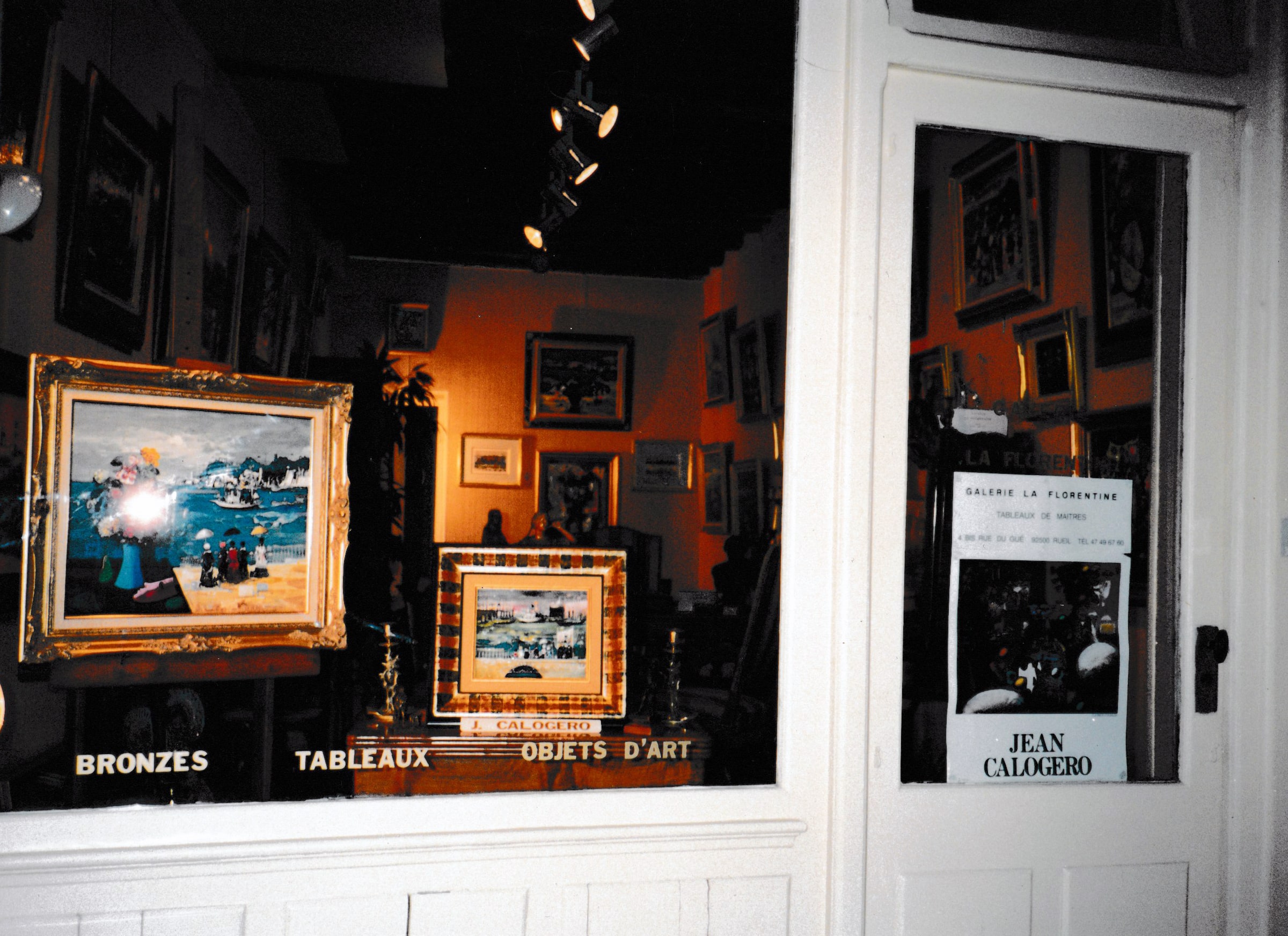 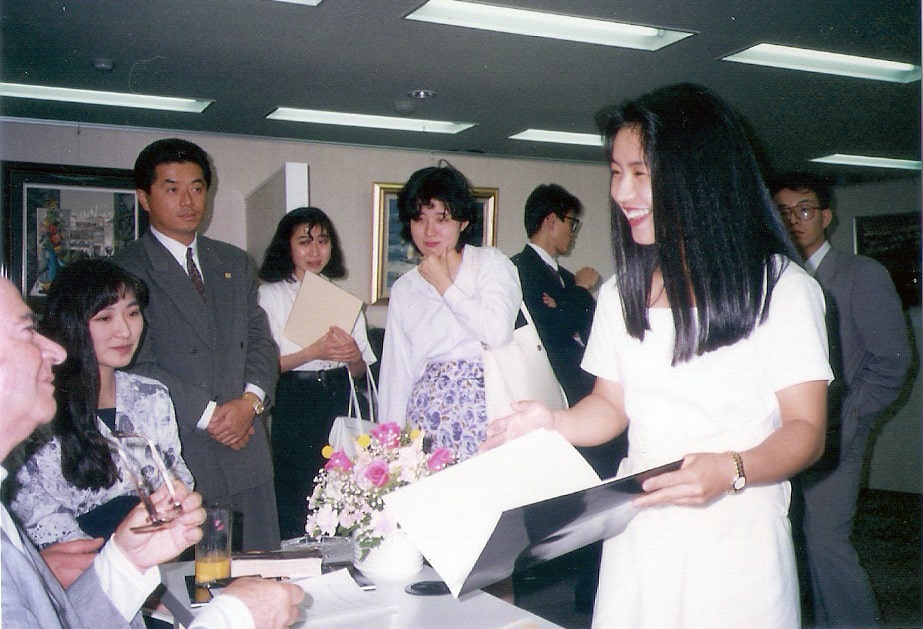 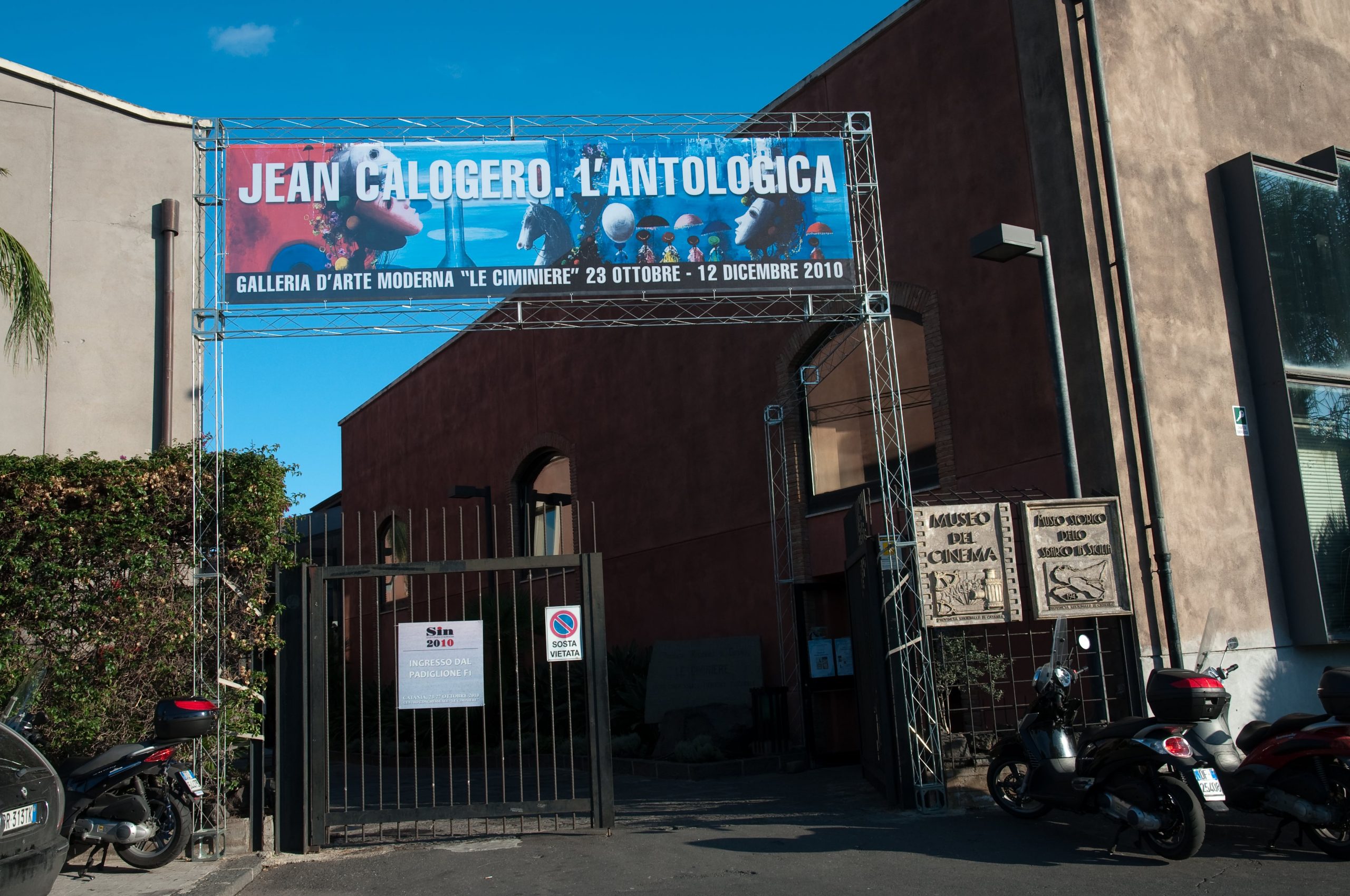 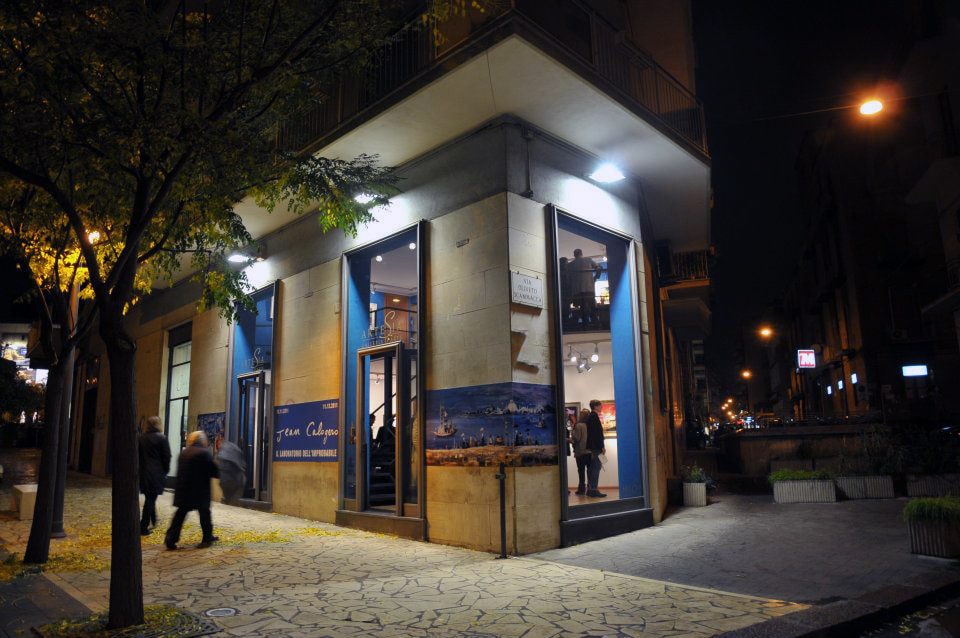